It has taken time but, with the persistence of an unreformed trainspotter, I have concluded that this motorcycle is a Triumph 494cc Model P.  Standing proudly in front of the sidecar is my mother aged about four while Mrs Kipper sits, queen-like, on her mobile throne.  The motorcycle was introduced  at the 1924 Motor Cycle Show and fits perfectly with family chronology – this photograph was probably taken by my grandfather around 1926-27 and I would guess the machine is nearly new, just possibly on its maiden voyage.

The tell-tale signs are the shape and markings on the fuel tank, the forks and the size and shape of the guards which distinguish it from the Triumph Ricardo.  All of the minor details match images of other Model Ps. The number plate indicates it was registered in Portsmouth, an invigorating fifty mile ride from Andover.

According to Bonhams, the Model P was a landmark machine in the development of the motorcycle in Britain.  A no-frills, sidevalve-engined model, the newcomer was priced at £42 17s 6d, at which level it undercut every other 500cc machine then on sale in the UK. The first batch manufactured was not without its faults, but once these had been sorted the Model P was a runaway success. Output from Triumph’s Priory Street works was soon running at an astonishing 1,000 machines per week, and the Model P’s arrival undoubtedly hastened the demise of many a minor manufacturer.  At auction, a restored Model P will now sell for around £9000.

As the owner of a Triumph Scrambler, I now know there is a distant connection with my maternal grandfather’s choice of machinery, at a time when there were many more manufacturers to choose from. My Scrambler is an 865 cc, air-cooled, DOHC, parallel-twin.  You can trace the origin of this machine back through the 1959 T120 Bonneville, the 1953 Tiger T110, the 1950 Thunderbird and the 1938 Triumph Speed Twin.  My bike and that of my grandfather’s are not so distantly related as might be imagined. 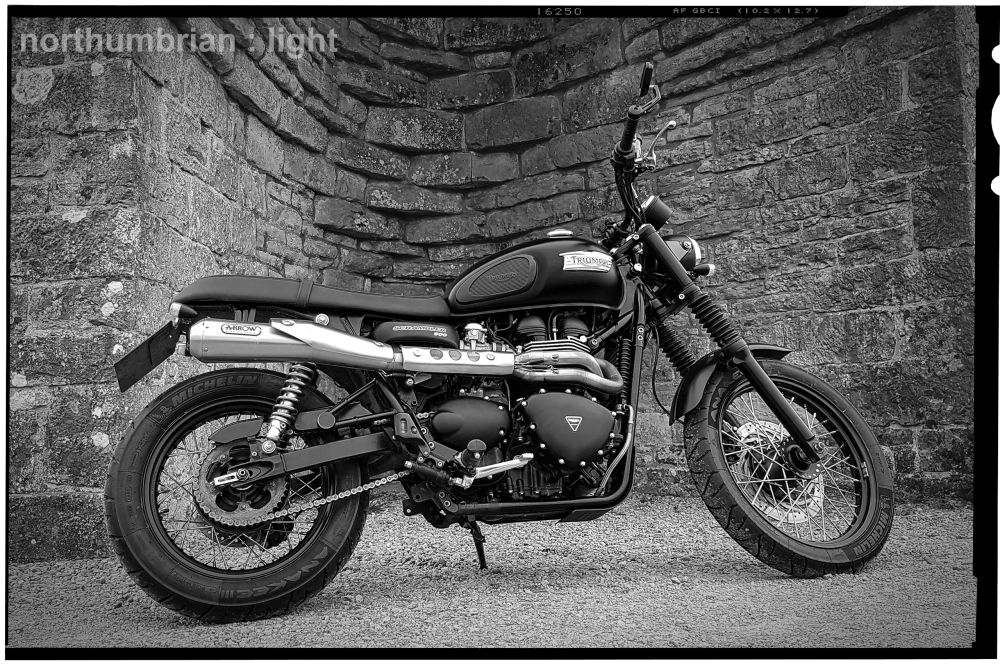 The Scrambler, back at Crindledykes on new rubber – Michelin Anakees