Before Bologna we spent a couple of nights in York.  Anyone who has read this blog over the last few years will understand one of my inevitable destinations – the York Railway Museum. The timing was coincidental but the Flying Scotsman was making a brief indoors appearance, mounted on the museum’s turntable.  I would have much preferred to see her outdoors in steam and Evening Star left on display rather than shunted out of sight in a siding.  As a boy I thought the latter the best named and best-looking engine on the system; when I last visited the museum in the very early sixties she was still in operation.

The odd thing is that entry to this thoroughly modern and much enhanced museum is free whereas, entry to York Minster costs £10 – somehow, priorities have become inverted. The Minster is a glorious space with grand histories and grand designs but I was attracted to a series of memorials at the East End.  The brightly coloured sculptures (slightly enhanced here to emphasise the effect) reminded me of something Waldemar Januszczak revealed about ancient Greek and Roman statuary in his recent BBC4 series, The Renaissance Unchained:

“When they came out of the ground they were pure and white but that’s not how they went in.  The sculptures of the ancients were never white. they were always highly coloured and gaudy – but paint doesn’t last as long as stone … So when the ancient sculptures were dug up again, they misled an entire civilisation.”  Not least the Renaissance and Michelangelo. 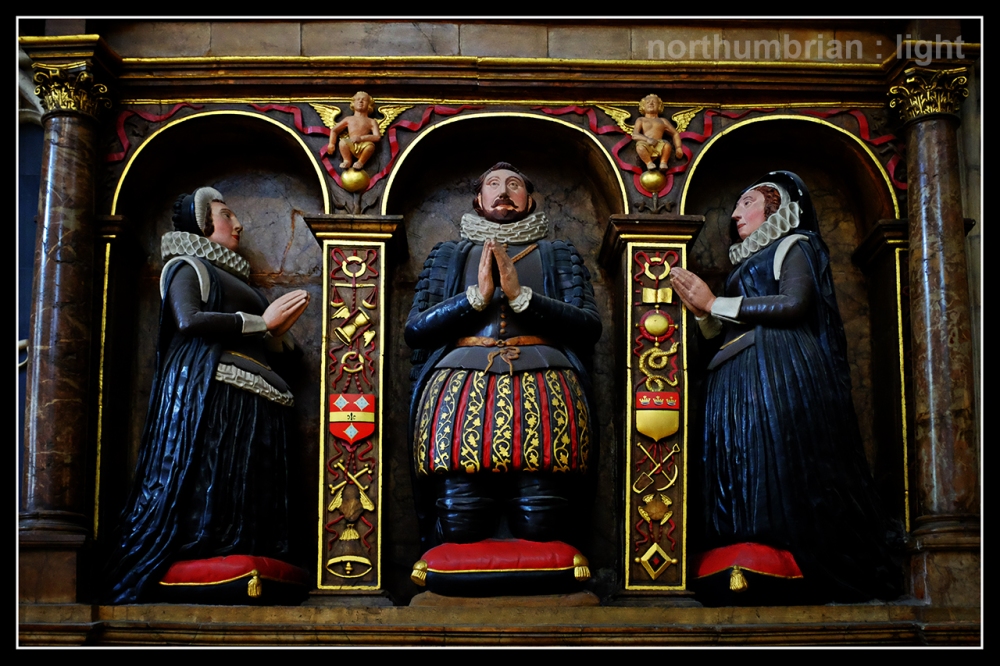 And this brings me back to Bologna.  In the same episode of The Renaissance Unchained, Januszczak visits the church of Santa Maria della Vita, home “to one of the most dynamic and exciting masterpieces of Renaissance sculpture”, Niccolò dell’Arca’s terracotta Compianto sul Cristo morto (Lament Over the Dead Christ), a 15th-century version of Edvard Munch’s The Scream.

This is not the best composed image but it was taken quickly and on the sly – the face of the figure in the foreground should be against a clear background. Just like York Minster, Santa Maria della Vita charges for entry but with No Photographs!  Bearing in mind I had been denied use of the camera at the Ducati Factory on the same day, this was the final straw – so here it is, my small act of rebellion 😛 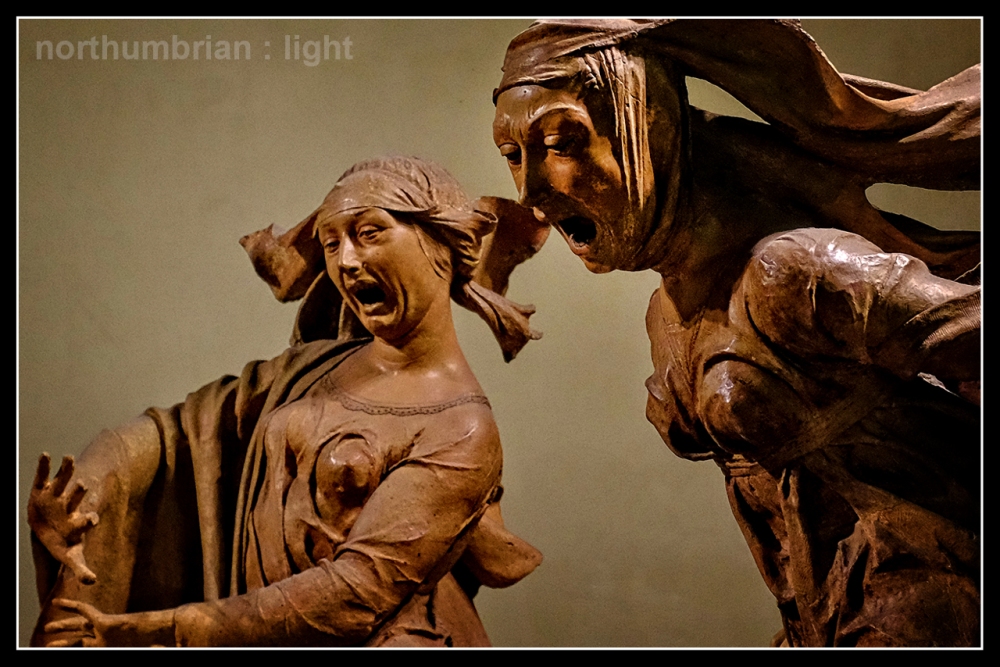 Waldemar Januszczak’s delivery is inspiring, mildly anarchic and wildly enthusiastic. He is the perfect example of a good tutor, capable of generating an infectious interest in his chosen subject. The teachers from my youth pale by comparison – Boggy Marsh, Stuffy Millard, Nobby Clarke et al – what a sad under-achieving bunch you were.

The last time we were in Bologna we took the train to Modena, the home of Ferrari.  This time passions have realigned and we took the number 13 bus from Via Delle Lame to Borgo Panigale to worship at the shrine of Ducati.  The trip to Modena was about unreachable dreams – a museum, the distant view of a test track and too many souvenir shops.  There was no chance of passing beyond the heavenly portals – the factory gates.

Ducati is about reality and the attainable.  If I didn’t have a strong sense of self-preservation I could probably acquire their top of the range machine which would be more than capable of blowing away the road-going hardware emerging from Modena.  Even my modest 696 will out-gun most ‘performance’ cars.  Pete Lyons, a journalistic hero from my teens, explains it all very succinctly – “certainly there is risk, and that’s part of why riding a bike on the road gives me a sense of adventure that it takes a race track to make me feel in cars … Feel smug about your really fast street car?  If you haven’t clamped your knees around a hyperbike and yanked it open, you have NO IDEA what real acceleration is.” However, the real art of riding is not in a straight line but the ability to corner at speed – when it comes to bends, cars have the advantage if not the balletic style; in this respect at least, four legs good, two legs bad.

The factory tour was the highlight of our trip – nothing staged, this was the real McCoy. Mechanical works of art slowly take glorious shape on production lines where the emphasis of the creation process is the human rather than the robotic.  The finished product surpasses anything we saw the next day in MAMbo – Museo d’Arte Moderna di Bologna. Umberto Eco may have thought Giorgio Morandi’s art made the dust sing but Ducati’s art makes the heart soar. “Four wheels move the body, two wheels move the soul.”

As I have mentioned elsewhere, I had only two complaints about the factory tour – a) no photographs allowed and b) no free samples 😉  Consequently, all the images are from the museum: 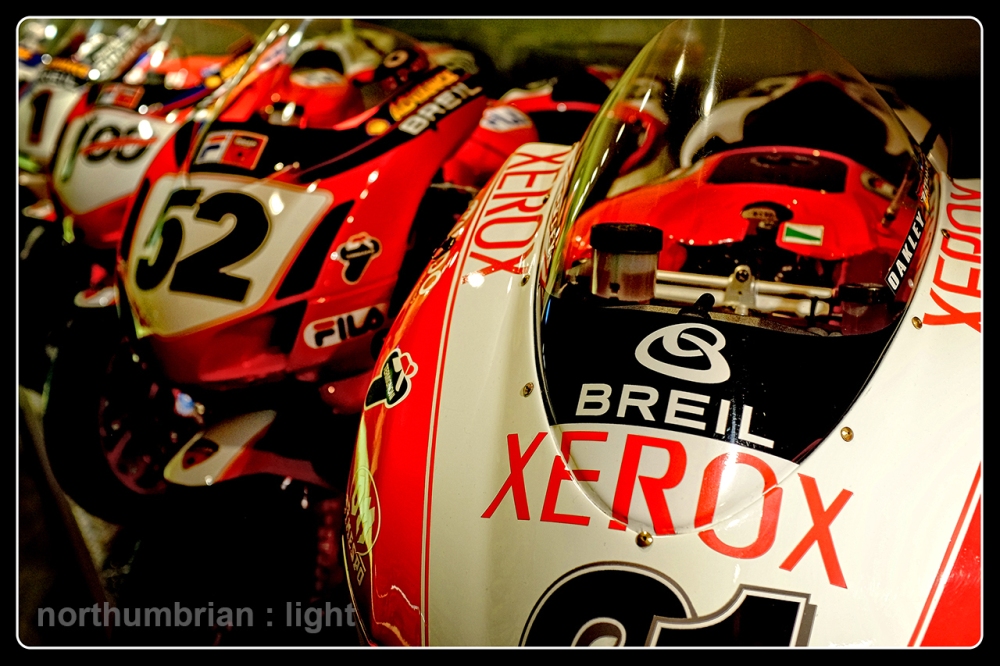 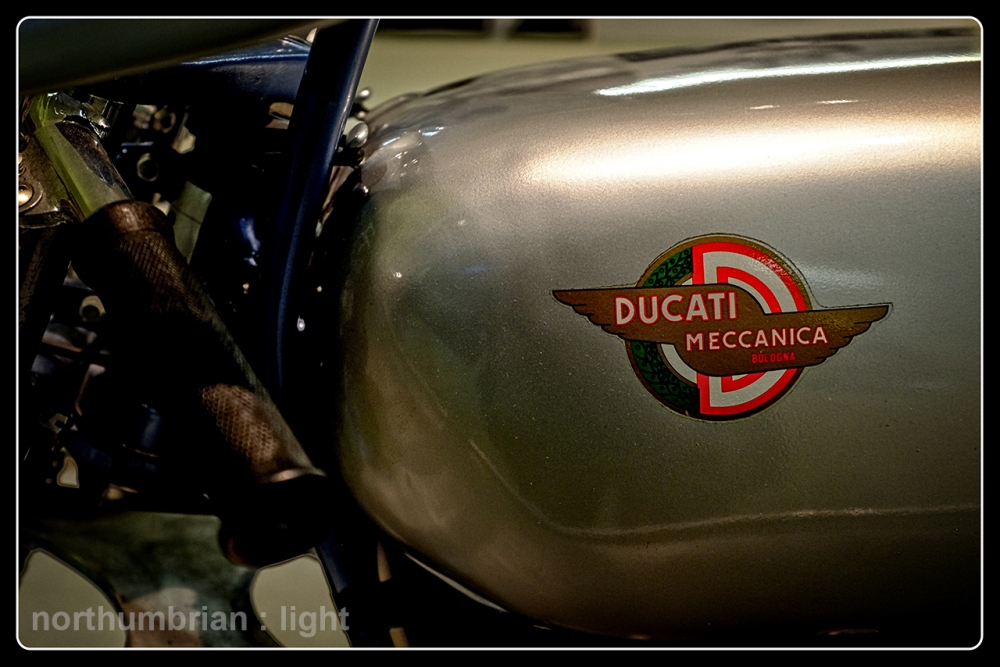 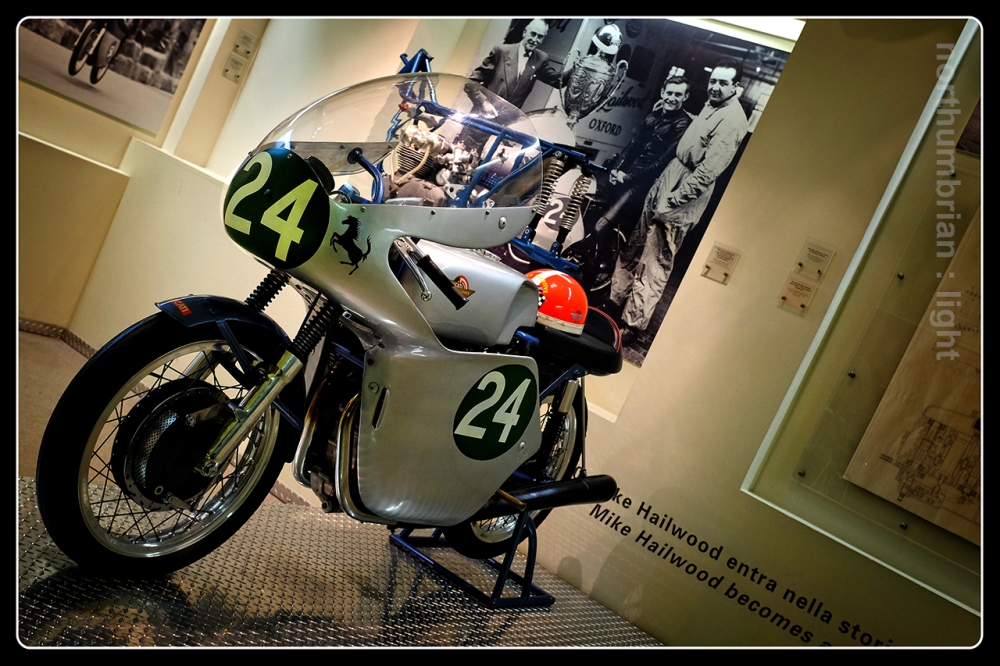 Finally, there is a stylistic connection between this bike, the Ducati 750 Imola Desmo, and my 696 Monster:

A few nights in York has been swiftly followed by four nights in Bologna; we are back after an absence of thirteen years.  I feel a great affinity with this working university city of the Italian north and last night I worked out why.

It has been raining for much of the last two days, the roads and piazzas shine.There is constant movement, a chaotic rush towards the future.  The dimly lit streets bustle, umbrellas in the dark queue in long lines for over-full buses or wander across empty squares overlooked by architectural monsters – Basilica di San Petronio’s façade  is deliberately unfinished. The buildings wear the dust of age, they are purposeful, lived-in and not prettified, The view upwards towards the twin peaks of Torre degli Asinelli and Torre Garisenda is obscured by trolley-bus wires.

Rain, the dirt of ages, dimly lit streets, continuous movement, this is Manchester in the 1950s – rough around the edges but safe, solid, secure. 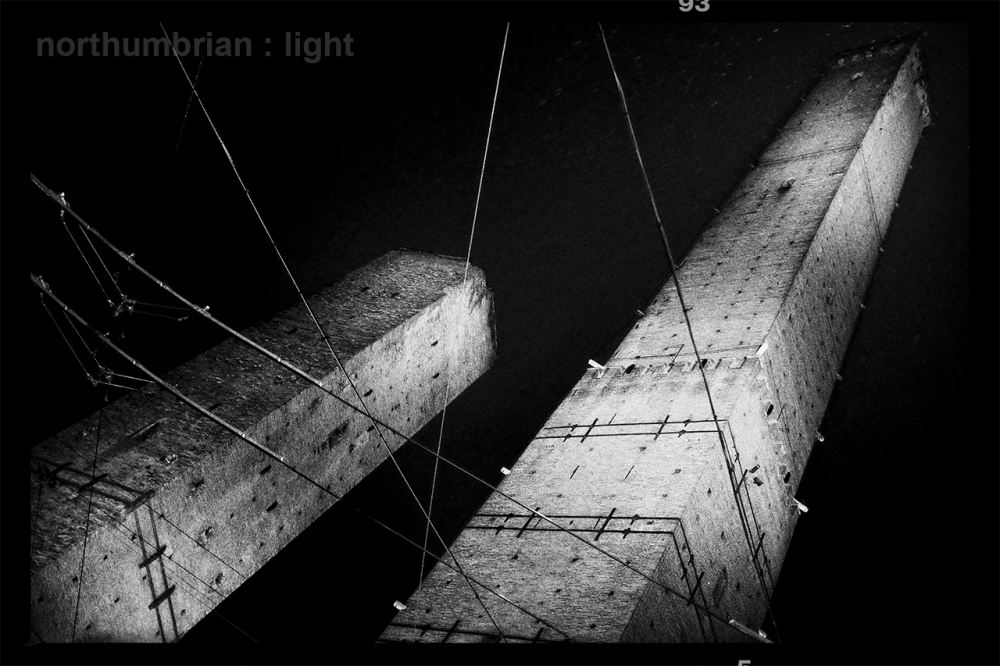 As someone who owns a back catalogue that includes hundreds of racing cars in motion, this week’s Travel Theme should have been simplicity itself.  However, that seemed too easy and the link with travel tenuous although my teenage obsession with fast cars certainly took me on many an interesting journey.  Consequently, I have opted for something involving two wheels and two legs in motion, this photograph taken on a particularly wet day in Bologna.  I wonder what the conversation is between the two subjects – “Give us yer brolly mate!”…..or the Italian equivalent: