Weekly Photo Challenge: Threes – this sequence is taken from Geraldine Pilgrim’s Dreams of a Winter Night, an installation commissioned by English Heritage as part of the 2007 Picture House exhibition at Belsay Hall. 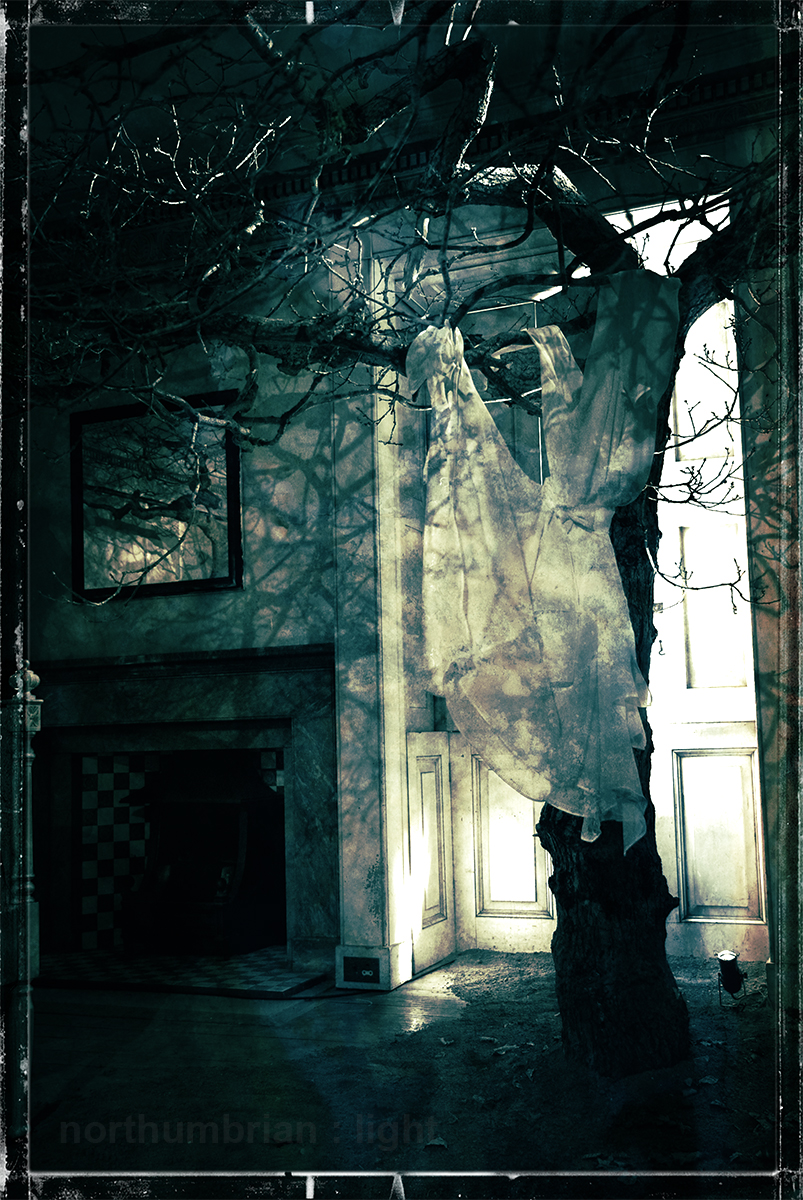 The final close-up of the bed not only reveals the tree emerging through broken bedsprings but also a dark figure. This reminds me of my mother who, in a delusional state, would talk of hooded figures dressed in black at the foot of her bed. Disturbing dreams of a winter night.
(click on the images to enlarge)

This is Ron Mueck’s Drift from Art Big and Small at Belsay Hall in 2010.  The installation is hung vertically, crucifix-like, in a distinctly uncomfortable manner.  Viewed side-on and switched to the horizontal the work becomes much more relaxed.  This must be Frankie when he finally got to Hollywood:

(This is a very creative remix but if you were offended by the original, please don’t listen; this is an ‘enhanced’ version)

These are more photographs from a recent trip to Belsay Hall in Northumberland.  Not only were the main rooms decorated with flower displays but also the working rooms in the wings – it is these which are more interesting.  Just look at the uneven floor next to the staircase – how many down-trodden servants’ footsteps does it take to wear valleys in stone: 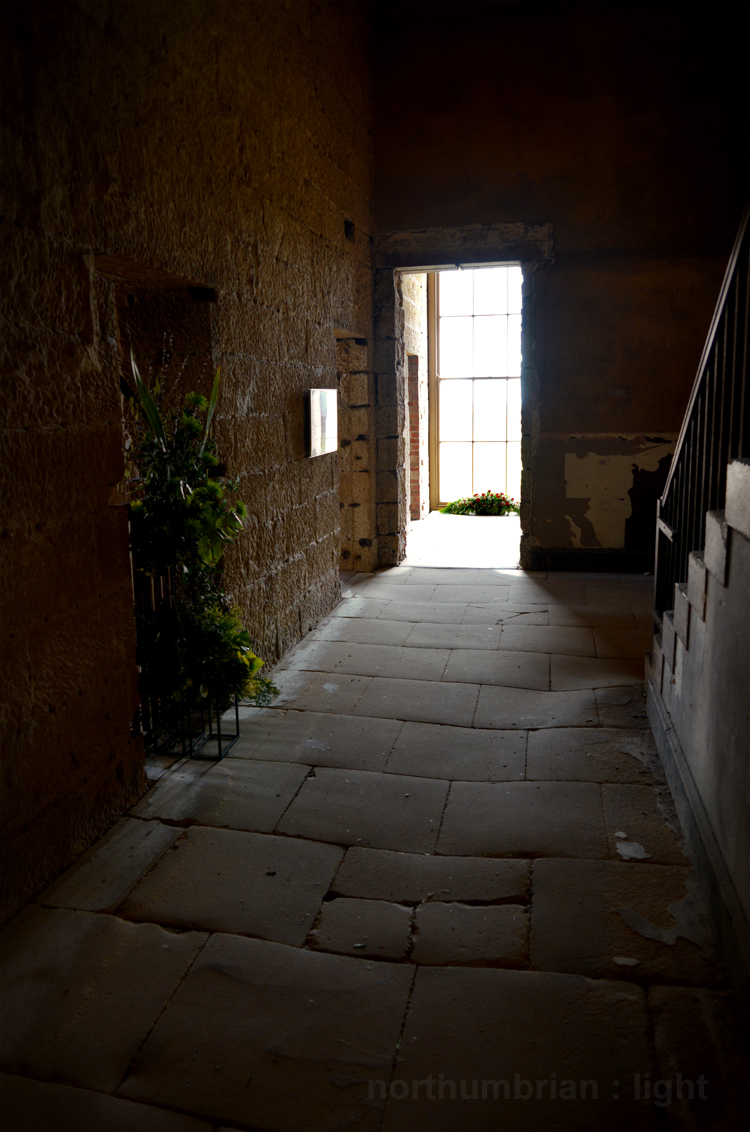 I have previously posted a number of photographs from Belsay Hall and this post includes yet more.  I like Belsay; it is a solid imposing structure which sits squarely and at home in the Northumberland landscape despite, or perhaps because of, its Grecian architecture. Part of the attraction is that the building is almost entirely empty and I am not obliged to feign interest in some dead toff’s silverware and porcelain collection.  It is the perfect exhibition space which over Easter housed a floral display on the lower floors, arranged on a theme heralding the forthcoming “Frills & Frivolity” display of Regency costumes from film and TV. I was more taken by the empty rooms on the upper floors which have an eerie dream like quality: 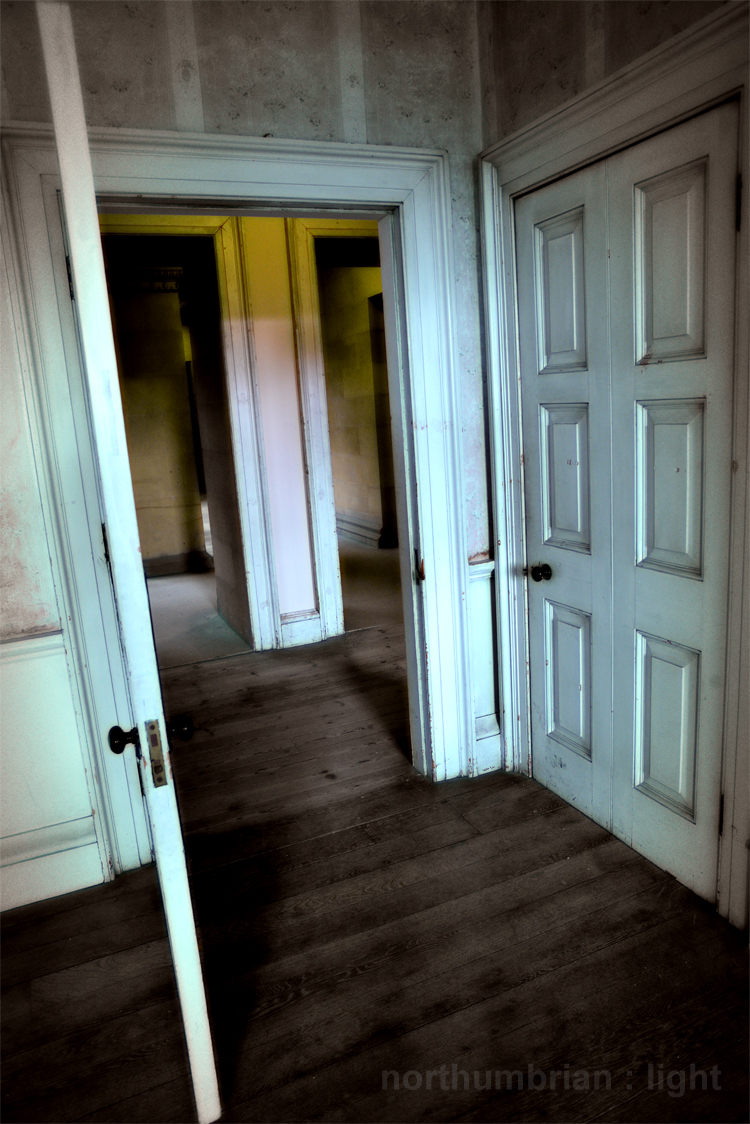 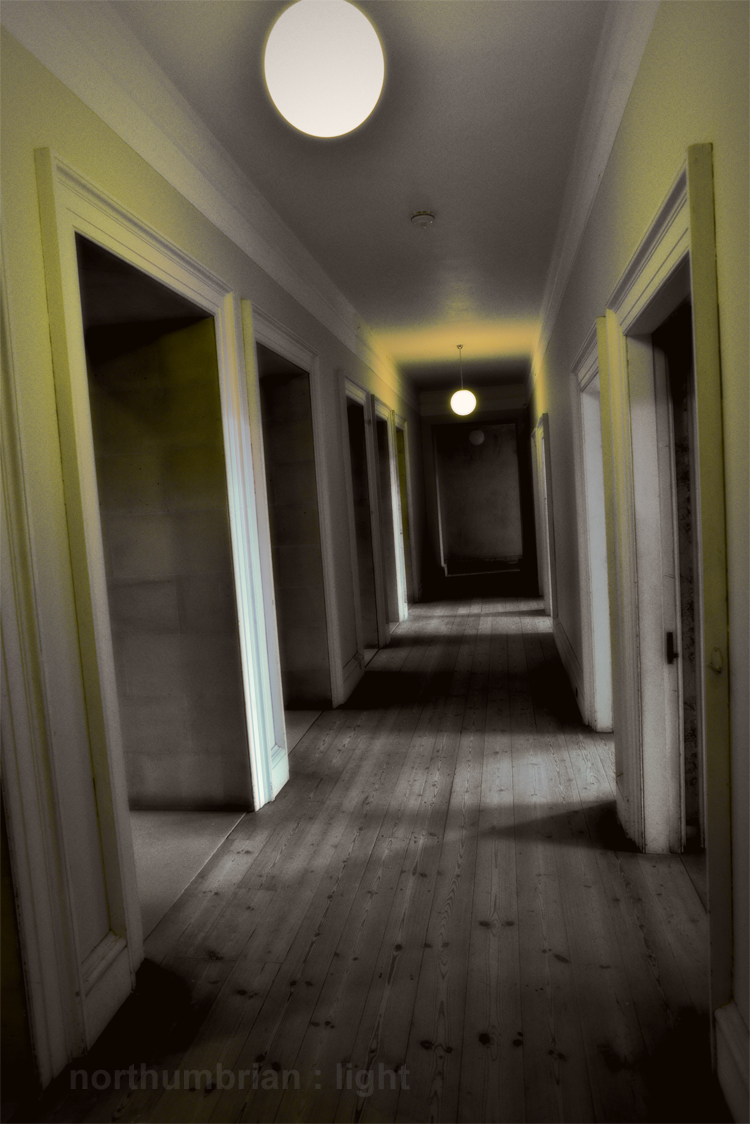 This lunchtime was great – now who is going to do the washing up?

I am not sure this image counts as gaudy – brash perhaps.  I was uncertain so I looked up the synonyms and some of these seem to fit:

The piece in this image is by Victor & Rolf and takes as its starting point the Dutch tradition of dipping a child’s shoe in silver in order to preserve a memory.  To treasure the past.  To freeze time.

It is one of a series of exhibits from the Picture House art and design project presented by English Heritage at Belsay Hall in 2007.  The Hall and Gardens are approximately twenty miles northwest of where we live so at least there was travel involved.

It is probably self-evident that I have been fiddling about with this image but that is part of the fun of digging around in the archives. This time I was using the freeware version of onOne Picture Effects 4; there is a hint of an HDR filter applied and quite a lot of graduated blue.

This is the quarter mile long Newbold Tunnel on the Oxford Canal, strangely illuminated to reveal the brickwork first erected in 1820:

Spooky and almost certainly wicked, thus proving that illumination by the sun is not confined to the righteous 🙂