These images are taken from the same album as Gosport 1936.  Dad was born late 1920 so this summer on Hayling Island he would be 12 years old.  He is responsible for the delightfully composed first image.  His dad, Alfred, looks like a prohibition gangster but nothing could be further from the truth – a builder by trade and a lifelong teetotaller, he was raised in the village pub at Fyfield , Hampshire.  He knew the consequences of the demon drink and passed this valuable knowledge onto his son.  The message was too watered down by the time it reached me.

There is telling detail in the first image – the picnic basket, the football and camera case lying on the sand.  Alfred is deep in thought and stares out to sea.  Agnes appears to be asleep but look closer and she is shading her eyes from the sun with a newspaper. Perhaps she is peering at the camera – “Please Kenneth – do not take me like this! The twelve year old schoolboy labelled this image: “Hayling Forest – Edge of Desert”.

The second image must have been taken by Agnes and the “One and a half dreams” are placed dead centre – Alfred has removed his hat, a too heavy coat is draped over a deck chair and an itchy wool bathing suit hangs to dry from the beach tent; one summer long ago. 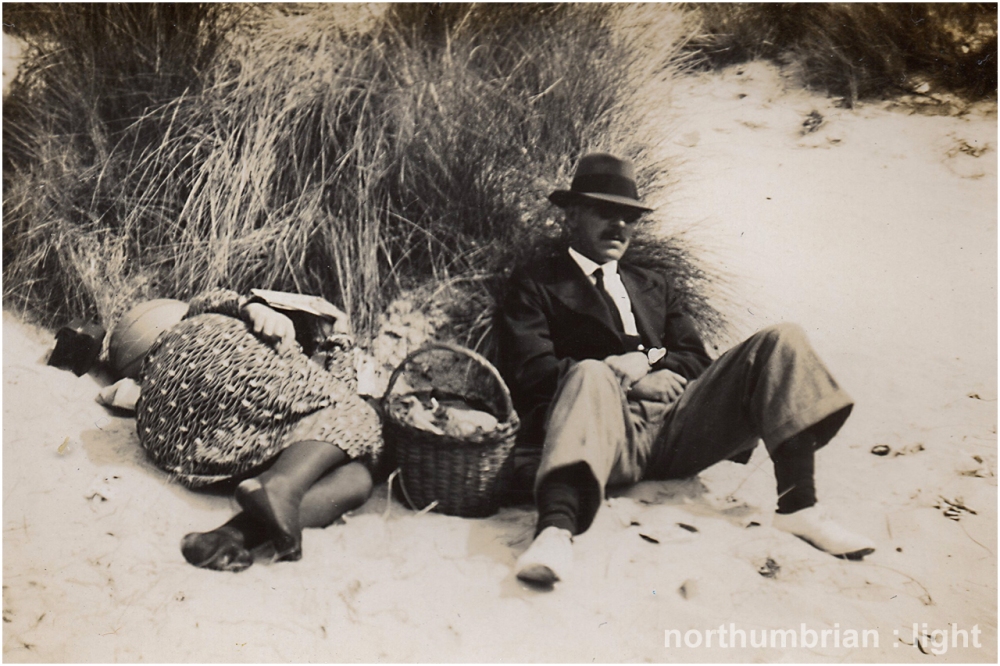 The fascination with these images is not confined to the past. In these eyes and the shapes of these mouths, I see not just myself but my boys.