According to Wiki: Carter Bar forms a popular point for tourists to stop and take photographs on the Anglo-Scottish border. There are two marker stones on either side of the A68 for this purpose, the original stone created by local Borders stonemason, Edy Laub. Upper Redesdale, the Scottish Borders (including Tweeddale) and to the east, the Cheviot hills are all visible from Carter Bar. However, its altitude means snow is possible even in late spring and early autumn, and the Carter Bar pass can be subject to frequent snow-related closures during the winter.

Perhaps I should have read this before setting off on the Yamaha.  A hint of warmth in the air around Hexham convinced me this was just the day for a round trip to Scotland along the A68.  Everything was fine until Byrness village when the already biting wind chill bit harder, snow appeared in the verges and a persistent layer of ice was visible at the northern end of Catcleugh Reservoir.

By the time I had climbed the 418 metres (1,371 ft) to Carter Bar, the landscape was mostly white.  Fortunately, the roads remained clear and ice free.  Pulling into the viewpoint lay-by I was hoping to see The Borderer mobile snack bar but they had sensibly upped sticks for the winter.  There was nothing to do but extract the camera, take some quick shots, try to get some heat into my fingertips and head back south (I really do need heated grips).  Not the most comfortable ride but a thoroughly energising 77 miles.  Next task, wash off the salt and muck from the bike … and me: 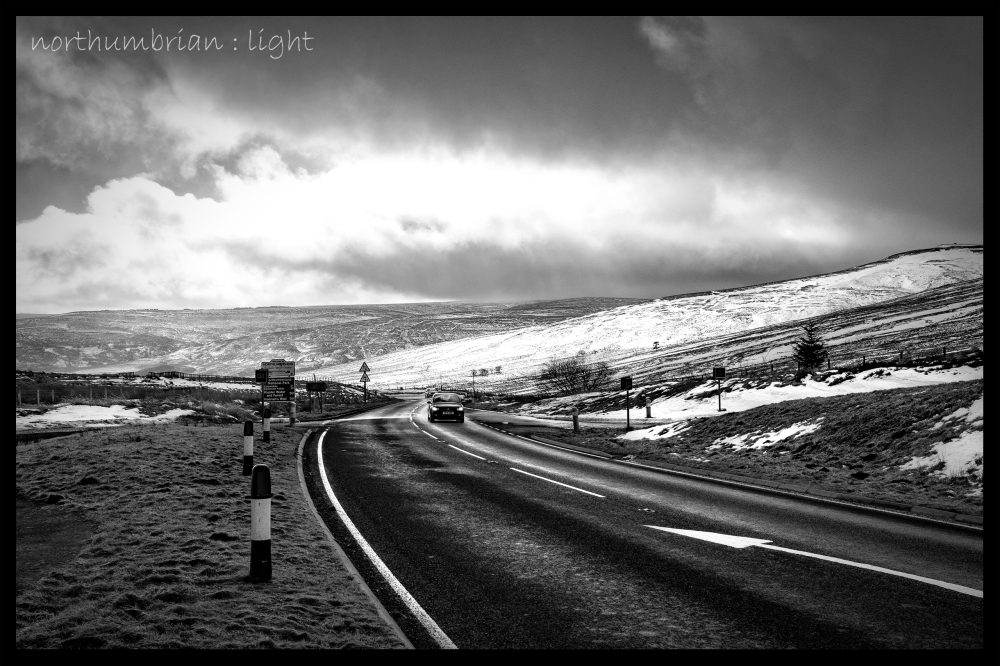 The A68 looking south into Northumberland