According to Keys to the Past, Stublick Colliery is one of the best surviving 19th century collieries in the country. It has a well preserved range of colliery buildings, including an engine house, store and furnace house and chimneys. The colliery worked the small Stublick coalfield and supplied coal to nearby Langley and Blaghill lead smeltmills. The buildings are Grade II Listed Buildings and the site is a Scheduled Monument protected by law.  The mine closed in 1926.

There is a pleasing circularity to this arrangement.  Turn 180 degrees and on the horizon is Stublick Chimney. A large flue system ran up the hill to the chimney from the nearby Langley smelt mills to vent noxious fumes produced by the furnaces.  The chimney is visible on the horizon across Stublick Bog.

Stublick Chimney as seen from the colliery.

OS Map of Stublick and Langley

Stublick Chimney and the flue are marked on this version of the OS map while the long gone smelt mills were north of the larger reservoir in Langley.

The colliery is unmarked but is adjacent and immediately south of Stublick Farm.  The farm is also abandoned but with planning permission for restoration and development to create three dwellings. 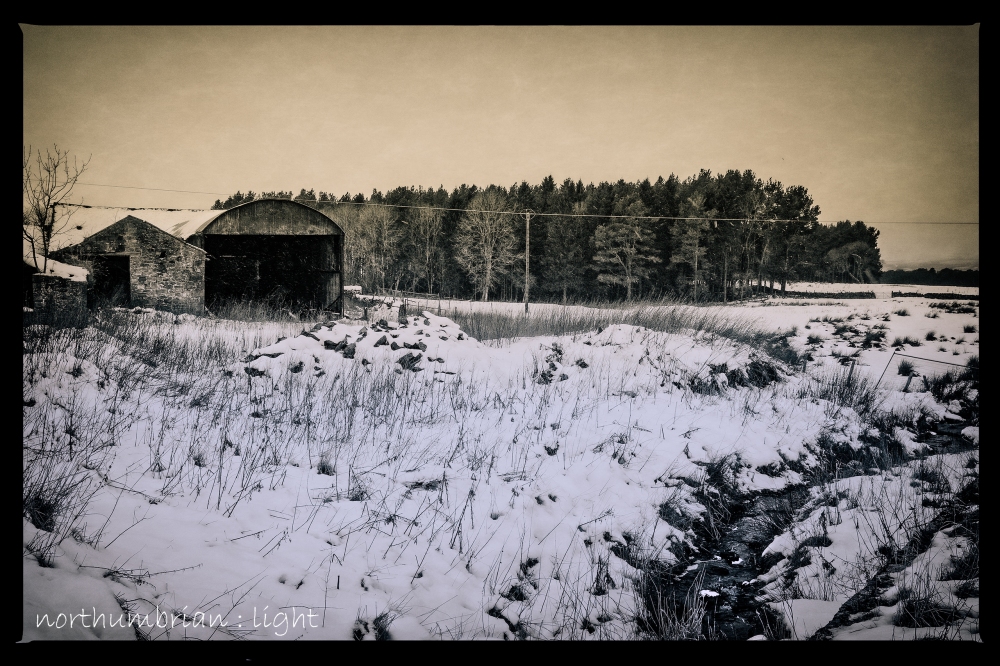 At any time this ‘development opportunity’ would demand significant vision and optimism. On a bleak, snowy January, it just seems impossibly daunting.

Apropos of nothing, here is another snowy video from Beaufront Woodhead: