Tish Farrell has produced a fascinating post entitled Gazing into Hell’s Mouth at Plas yn Rhiw  which got me thinking – I was reminded of an old family photograph.  My comment on Tish’s post says  I have a family photograph taken on a road above Hell’s Mouth – there is my mother, my sister, and me, leaning against the car in a pretentious fashion (makes a change from gurning I suppose). I would be 9 or 10 which makes it 1960 or thereabouts, possibly earlier. The car was the family Ford Consul, reg – RMA 803 – now I must find the picture.

This is wrong on two counts – firstly I am now fairly certain it is 1958 and we have taken a ride out from a holiday let at Morfa Nefyn.  Secondly I am gurning after all – perhaps in a satirical reference to the location, I am stretching my mouth sideways with my fingers.  A much more likely explanation is that I am pulling faces at my too-grown-up sister.  I perfected the art of the irritating younger brother at a very early age: 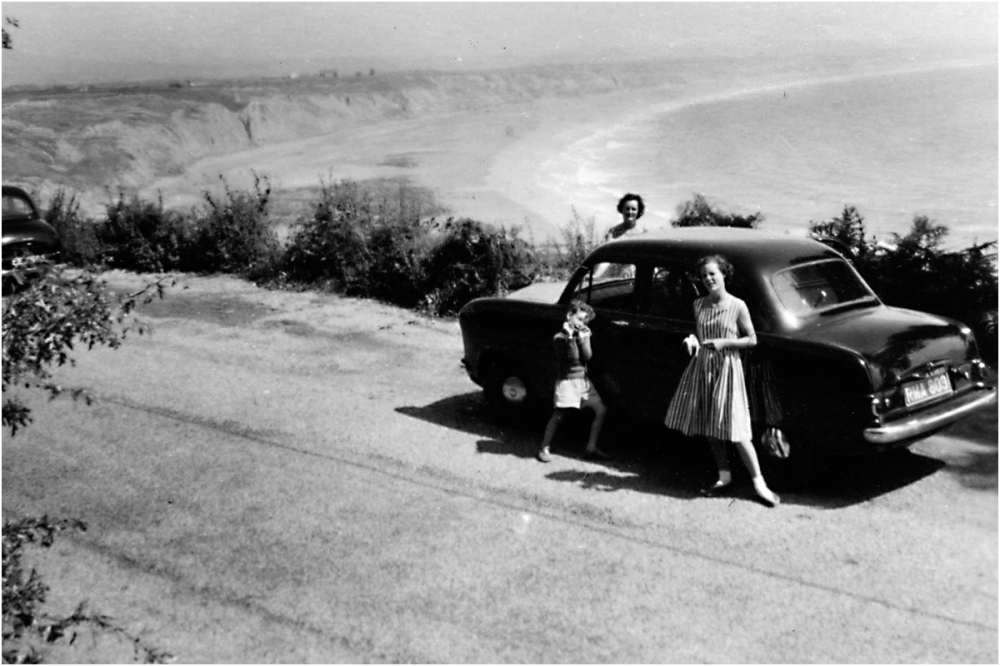 The black Mk 1 Ford Consul is the first car I remember, a very solid piece of engineering prone to not starting in the winter.  Dad would eventually resort to dangling a light bulb in the engine compartment overnight to keep the temperature up. It seemed to work.  This is the insurance documentation – all very straightforward – the same document was just updated whenever the car was changed; two more Consuls followed by two Ford Corsairs. All but the last had column gear changes, something my parents insisted on long after they were a standard fitting. Creatures of habit in more ways than one were my Ma and Pa. 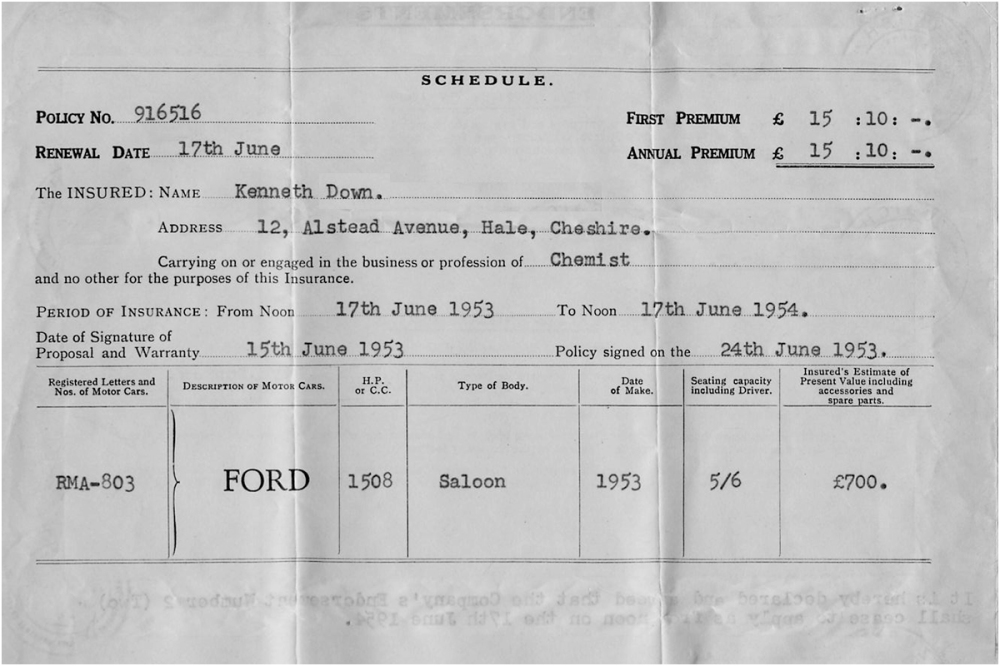 A frosty start to 2020 in deepest Northumberland
Christmas markets are compulsory in Salzburg, as are Mozart and the Sound of Music. The latter leaves me at a disadvantage having steadfastly refused to ever watch it - well, Tom Waits it ain't.
Some people are better prepared than others.
Finally made it above the snow line.
Arrived in Mondsee
The most instructive fun you can have on a motorcycle, anywhere! Great day at i2imca.com - already booked to go back in 2020.
Where trains run no more - #SouthTyneTrail #Broomhouse #Haltwhistle #Northumberland
On the waterfront, North Shields #northshields #tyne #waterfront
Heavy weather, #Beaufrontwoodhead #Hexham #Northumberland
Lambley Viaduct crossing the Tyne #northumberland #lambleyviaduct
Play Misty for Ewe #northumberland #sandhoe #fuji #x100f
Steampunk space shuttle on the launchpad, #Hexham #Egger #Northumberland #steampunk
Hexham on dismal April days #hexham #northumberland #Egger
The journey continues - Chapter 5 to Inveraray #golfinthewild #golf #scottishgolf #InverarayGolf @scottishgolfpodcast @wearescottishgolf @inveraray_castle
The Friends' Meeting House, Coanwood, #northumberland #friendsmeetinghousecoanwood #coanwood + the #allenheadsinn. 71 miles on the #yamahatracer in the sun (mostly).
Remembering Jim - 50 years on from the saddest of Sundays #Lotus #Duns #JimClark #Lotus43
Walking the wall, near Cawfield Quarry #northumberland #hadrianswall #hadrianswallcountry #cawfield
After the snow, the mist #Beaufrontwoodhead #Hexham #Northumberland #northumberlandgazette
%d bloggers like this: